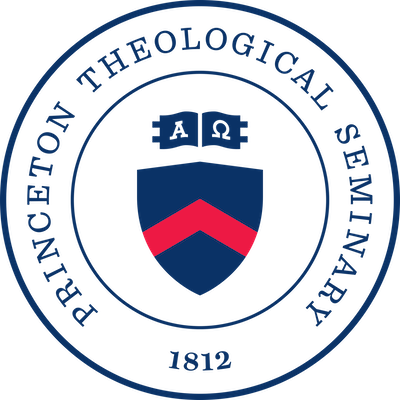 The 1999 Princeton Lectures on
Youth, Church, and Culture

An Unexpected Prophet:
What the 21st-Century Church
Can Learn from Youth Ministry

Youth ministry is not just about youth. It’s about ministry, period. By its very nature, adolescence embodies, sometimes acutely, fundamental concerns about being human: Who am I? Whom can I trust? What does it mean to be in communion with others? As a result, youth ministry invites transformation for the entire church and not for youth alone. As we look for ways to renew the church in Christ’s name, we can’t afford to overlook a prophet in our hometown: ministry for, by, and with the young people among us.

The 1999 Princeton Lectures on Youth, Church, and Culture have significant implications for ministry with youth, but they are no less important for the church at large. Kenda Creasy Dean suggests that youth ministry is the point at which Christians should reclaim a theology of desire—not for the sake of youth ministry, but for the sake of the church. Dean then posits that the postmodern crisis of fidelity calls the contemporary church to reclaim holy friendship as central to the life of faith.

Jürgen Moltmann reflects on Jacob’s struggle with God at the Brook Jabbok, on his own journey to faith as a young prisoner-of-war, and on prayer as watchful expectation. He calls Christians to watch for the hidden "yes" in the suffered "no" of God. Moltmann also addresses how one becomes a "true" theologian, exploring the personal side of theology and its existential depths.

Cynthia Rigby unpacks the practical implications of the doctrine of the Trinity for youth ministry and for the church and demonstrates how this doctrine can help us understand the mystery of our friendships with God and with one another. She then looks at the doctrine of the incarnation from the perspective of young people seeking relevance for today and arrives at timeless truths for all God’s people.

Eugene Rivers calls the church to move from a ministry of church maintenance to a ministry of true reconciliation and justice. He challenges us to listen to those beyond our comfort zone that we might serve as faithful witnesses to Christ in the new millennium. May you find these lectures to be unexpected prophets, calling you to new understandings and new forms of ministry.

YOUTH MINISTRY FOR THE
WORLD IN WHICH WE LIVE

I want to challenge you in the same way that I have been challenged. In other words, I lived in a very homogenous world; it was 360 degrees of blackness. We lived in a very black world and, not unlike many of you, I thought that my world was the world, and so all of my categories, all of my assumptions, all of my presuppositions were shaped by that very, very narrow world.

Then, as I moved along the borders of my very small world, I found that many of the assumptions and presuppositions that I took for granted about reality were at best questionable and in the worst cases suspect. So I go back to Scripture, and I want to share briefly, drawing on the experience of someone very dear to my heart—Paul. Paul, in his own intellectual, spiritual, and theological formation, as a result of his conversion, is forced to move beyond the boundaries of his world. He is important because he provides prototypes for how we might more effectively engage the larger world. In many cases when I talked about youth ministry thirty years ago what I was really talking about was black people. I did not understand the suburban world. I lived in North Philadelphia, and it was greasy chicken and grits religion, and everybody was black. My images—my frames of reference—came from that very narrow world.

For more than a few of you, when we talk about youth ministry what we're really talking about is white youth ministry, because that's your world. That's not a bad thing. When I say that, one need not flinch as if there's something wrong with talking about white youth. That's your world. The challenge for all of us revolves around how we can move theologically and culturally beyond the worlds from which we come to the larger world in which we live, and how we understand in fact what it means to do youth ministry qua youth, not youth ministry qua white youth or black youth. We live in a pluralistic world, and our thinking must be much more nuanced, because in many cases our thinking is trapped by racial and cultural categories that we have never questioned or moved beyond.

In Acts 17, we have an interesting historical narrative as Luke paints a picture of Paul's evangelistic exercise. What is significant about Luke, intellectually, is that in the book we have the history, the defense, and the communication of the Gospel in the birth of the church. The message was always adapted to the world into which the messengers were going. Look at the Jewish Christians after Pentecost and at Peter's powerful sermon. Peter, who just a little while ago denied Jesus, speaks to the world, his Jewish world, and the structure of the sermon is a historical delineation of God's movement in history through the Jewish community. He spoke to his world, and his message was adapted with a recognition of the limits and the virtues of the world in which he lived. He did not presume that his small world was the world. Hence, that powerful message that Stephen gives, speaking to a Jewish community, is tailored to the very specific needs of the community to whom he wished to speak. Thus, Peter and Stephen use Scripture. They use Hebrew history as they walk through the pantheon of the heroes and the patriarchs and matriarchs, the people of God, to make the point that Jesus is the Messiah.

In Acts 17, we see a different audience in a larger world and a different strategy for communication, a different understanding and sensibility, which moves beyond the theological and ideological and cultural boundaries of the speaker. We read in the sixteenth verse of the seventeenth chapter:

While Paul was waiting for them [the disciples] in Athens he was greatly distressed to see that the city was full of idols. So he reasoned in the synagogue with the Jews and the god-fearing Greeks as well as in the marketplace day by day with those who happened to be there. A group of Epicurean and Stoic philosophers began to dispute with him. Some of them asked, "What is the babbler trying to say?" Others remarked, "He seems to be advocating foreign gods." They said this because Paul was preaching the good news about Jesus and the resurrection. page 91 Then they took him and brought him to a meeting of the Areopagus where they said to him, "May we know what this new teaching is that you are presenting? You are bringing some strange ideas to our ears, and we want to know what they mean." All the Athenians and the foreigners who lived there spent their time doing nothing but talking and listening to the latest ideas. Paul then stood up in the meeting of the Areopagus and said: "Men of Athens! I see that in every way you are very religious. For as I walked around and looked carefully at your objects of worship, I found an altar with this inscription: TO AN UNKNOWN GOD. Now what you worship as something unknown I am going to proclaim to you."

The cultural context is absolutely fascinating. Paul, unlike many of us in the church, is willing to step beyond the borders of his ethnic, racial, and religious tradition and to move into other areas of discourse and dialogue that he thinks may meet his hearers' needs. Into the marketplace of ideas, into the marketplace of various cultures, he takes the message of the Gospel. What is so fascinating about what subsequently follows is that Paul was not constrained by the use of a very narrow reading of a text to communicate his message. In this message, unlike what we see with the other disciples, there is no reference to the Word of God. There is no narrow and very inflexible conception of communicating the Gospel in a flat way.

What does he do? "The God who made the world and everything in it is the Lord of heaven and earth and does not live in temples built by hands," Paul proclaims. In this very bold, philosophical proclamation, he delineates his philosophic worldview and his cosmology, without reference to a limited notion to how one communicates and without a constricted and culturally bound understanding of how we are to relate to those who do not share our cultural assumptions or biases. "And he is not served by human hands, as if he needed anything, because he himself gives all men life and breath and everything else. From one man he made every nation of men, that they should inhabit the whole earth; and he determined the times set for them and the exact places where they should live."

Then he goes on. This is powerful because he is willing to move beyond the borders of his narrow conceptions to communicate the Gospel in a way that is very untraditional. He was able to communicate to his audience because he had taken time to listen and to understand. You will note that in the narrative Paul observes and notes in his prologue: "I observe that you are very religious men." In other words, he had spent time studying the culture, understanding the sensibilities and the outlooks of the individuals to whom he sought to speak.

If we are to be successful and to develop a vision of youth ministry that effectively engages not simply those with whom we are most comfortable, not simply those within the very narrow confines of our comfort zone, but the larger world, we must be willing to move beyond the borders of our parochial space, to listen and to hear so that we can effectively communicate. In I Peter 3:15, there is an interesting concept. The writer says, "But sanctify the Lord God in your heart and be ready always to give someone an answer concerning the hope that is in you." A new movement is emerging in this country as we sit and speak, a new movement and a new vision of youth ministry. It is a vision that began first among Christians who were humble enough to listen to the needs, the concerns, and the burdens of the poor. It began first with listening, which was an expression of humility. In other words, a person earns the right to speak when he or she demonstrates the skill of listening. I have the moral authority to declare the wisdom and the truth of God once I demonstrate to the world that I am humble enough and sensitive enough to listen to the pain and the concerns of those to whom I seek ostensibly to give a message of hope, healing, and redemption.

A new movement is emerging predicated on the notion that we have the right to speak when we have exercised our responsibility to listen, to hear, to move beyond our comfort zones. God is calling us, if we are to be effective witnesses in the new millennium, to move beyond our old wineskins, our old racial and cultural categories, our very class-bound conceptions of propriety, respectability, and liturgical legitimacy to hear the voices of those to whom God has called us. Only then can we enter into those kinds of conversations that provide the opportunity to present the healing and redemptive love of Jesus Christ. Many of you have the unique opportunity to make history, to transform our understandings of ministry to children, and to revolutionize the vision of what is generally accepted as ministry to young people.